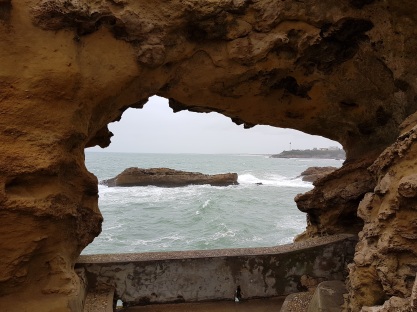 Our trip to Spain in September 2017 started off in Biarritz, France as this was this easiest place to fly into to get to San Sebastian.  It was Anthony who suggested San Sebastian as he’d read it was the gourmet capital of Europe, and he’s a man who likes his food.

So we just had the one night in Biarritz and stayed at the quaintest hotel – George VI – very near the seafront.  I really liked Biarritz, it was kind of olde worlde with cobbled stoned streets and a great promenade.  Unfortunately the weather was not great but the food was!  Dinner on the first night was just opposite the hotel 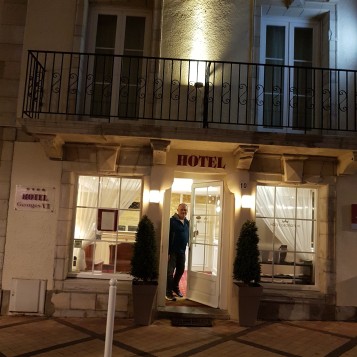 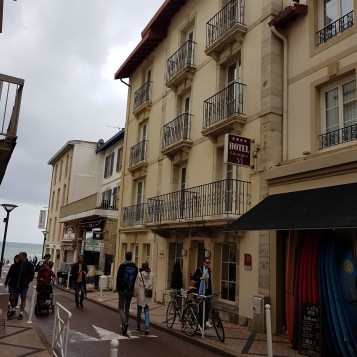 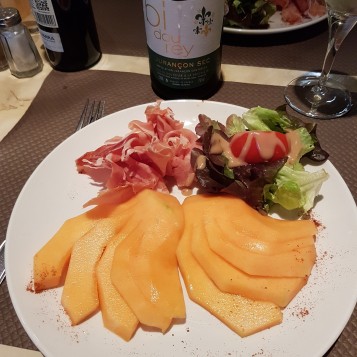 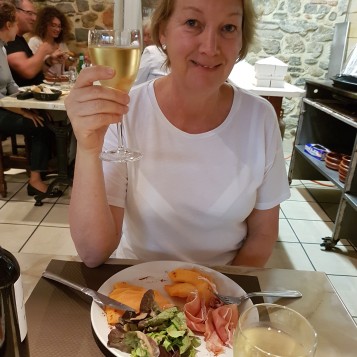 We had most of the next day exploring until taking a bus to San Sebastian later that afternoon.  Walked along the seafront and took a look inside the beautiful Elise Saint-Eugenie cathedral. 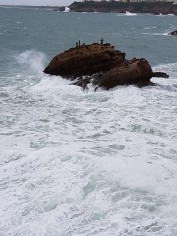 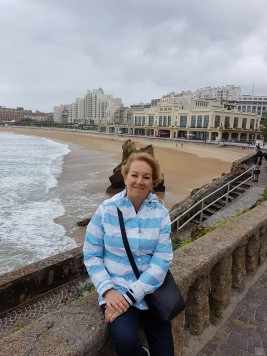