This weekly challenge is hosted by Mind over Memory.

The sculpture I’ve chosen this week has a sad story behind it. 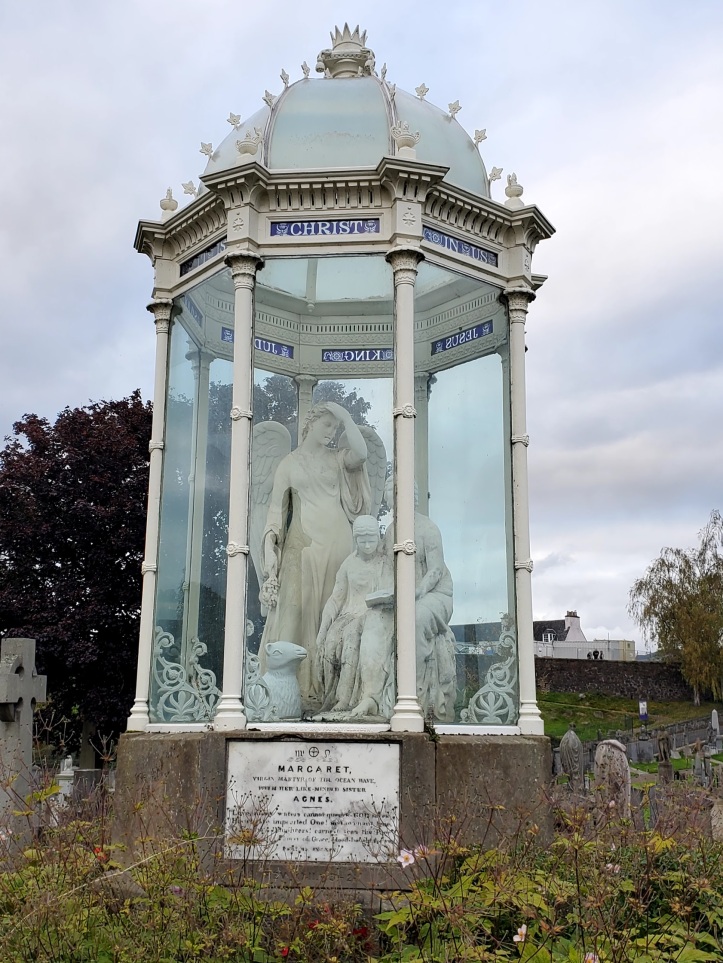 It is set in the graveyard at Stirling Castle, Scotland.  I was intrigued by this story so looked it up online.  The statue depicts Margaret Wilson reading the bible to her younger sister Agnes watched over by a despairing guardian angel.

Margaret Wilson (1667-1685) was executed by drowning for refusing to declare an oath declaring James VII (James II of England) as head of the church.  She died along with another young woman, Margaret McLachlan.  A very cruel death it seems, tied to palisades fixed in the sand, waiting for the tide to flow over them.  Agnes Wilson also died along with them.  (Source: Wikipedia).

A very sombre tale, so lucky not to live in such cruel times.