My A to Z Travel Challenge – G is for Geysir and Gulfoss, Iceland

Both Geysir and Gulfoss are located within the Golden Circle in Iceland.  These were places we visited a few years ago on an Icelandic Air tour.  We first had one night in Reykjavik and the next morning boarded our coach to the next hotel which was Hotel Grimsborgir.

This was our first destination outside Reykjavik and we stopped here for around an hour to take a few photos and to see the lively Strokkur which spouts water 100ft into the air every few minutes.  You have to be really quick to take a photo as it spurts so rapidly making everyone jump, also there are always so many people standing around waiting. The name Geysir is derived from the Icelandic verb geysa (“to gush”)  from Old Norse.  (Source:  Wikipedia). 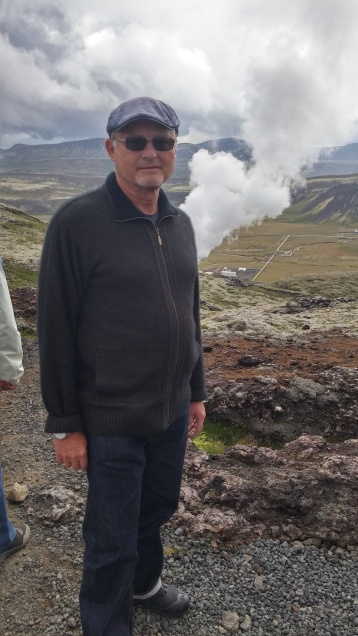 It was also quite difficult to get close enough to the exploding spout of water due to the crowds of people there!

After an hour or so here we hopped back onto the coach and headed onto Gulfoss.

Gulfoss is one of Iceland’s most famous waterfalls, beautiful and spectacular to see.  By the time we arrived the weather was not looking very good.  A fine cold drizzle was setting in plus the spray from the waterfall itself.  The walk from the carpark took a good 20 minutes for most on the coach, but for some much longer as they were just walking to it when we were on our return!  Much to the guide’s frustration as it was eating into his schedule! 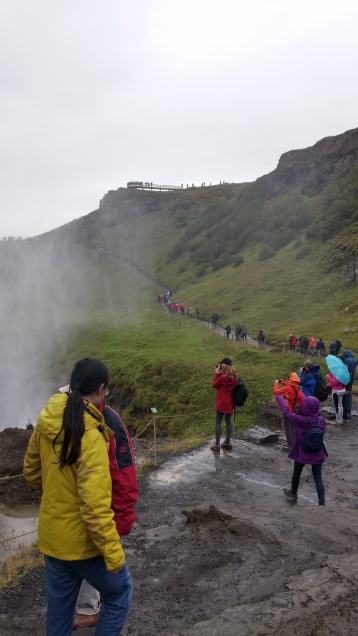 From these photos you can see the long thin trail to the waterfalls.  Very slippery in parts so it was quite slow going for some. 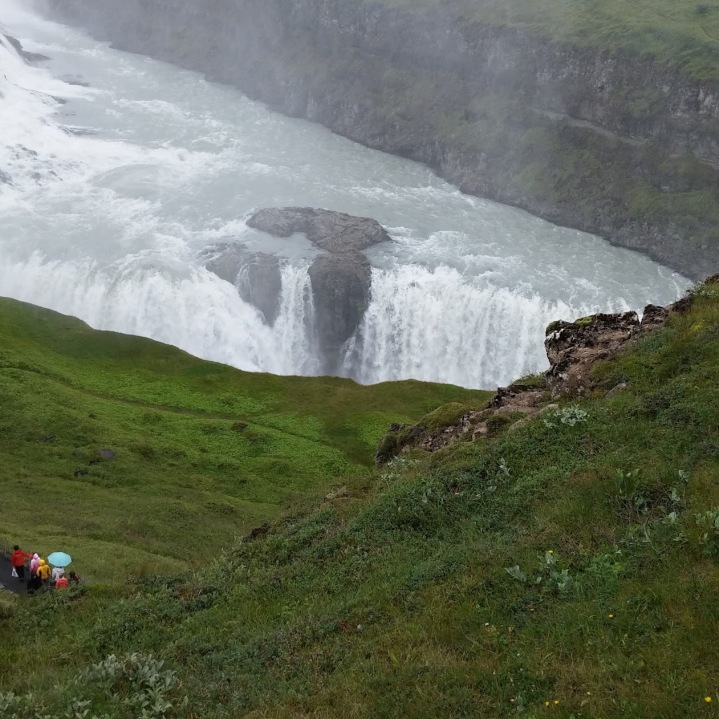 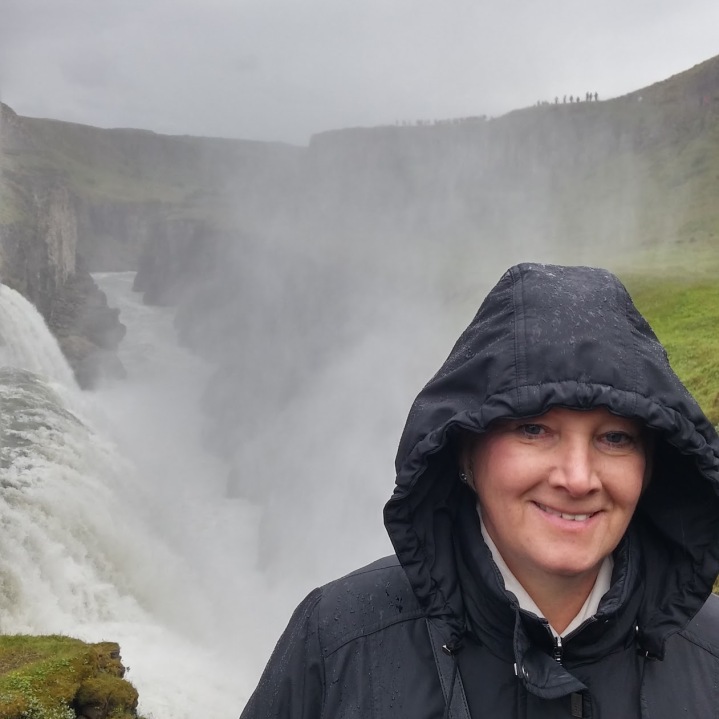 There didn’t seem to be much safety concern about the wet rocks and not much of a barrier either – at your own peril!

Gulfoss is the biggest waterfall I’ve ever seen and was truly mesmerising.

Once everyone was safely back on the coach we drove to our final destination for that day, the Hotel Grimsborgir, which is described as a luxury hotel.  Nestled in the heart of the Golden Circle and sitting on the banks of the River Sogid.  Everyone on the tour was commenting how nice it was and what a treat.

That night we had a sumptuous buffet dinner in a very grand restaurant.  The only thing that we balked at was the price of drinks.  Iceland is well known for how expensive it is but being out in the countryside was even more exorbitant.  Anyway what is dinner without a glass of wine so we bit the bullet and bought a bottle of wine. 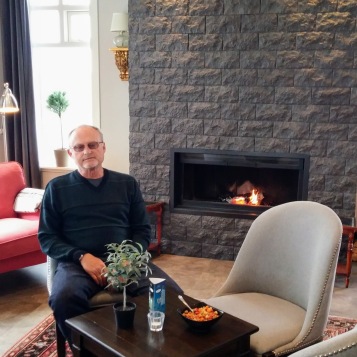 Hubby looking happy with the room and then very glum at the price of the drinks 😆
The beautifully decorated dining room where we had dinner and breakfast the next day. 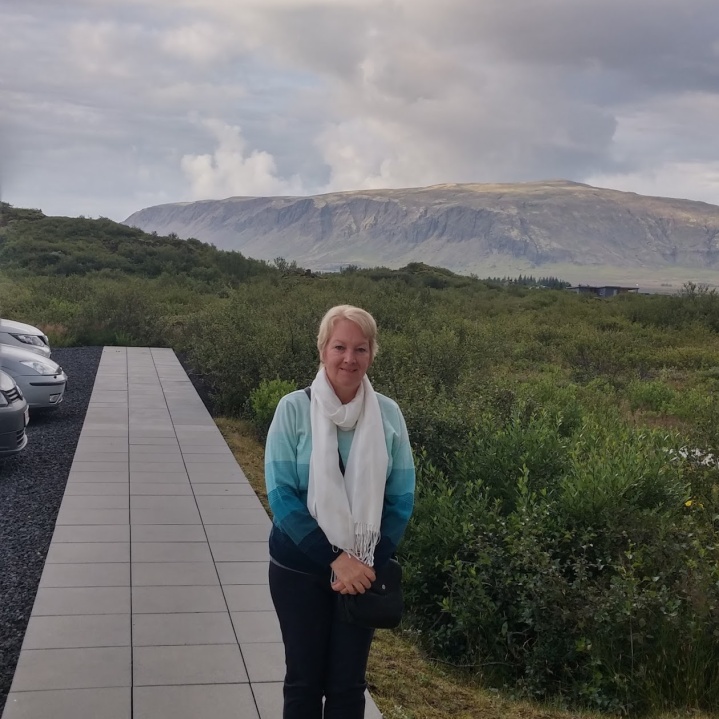 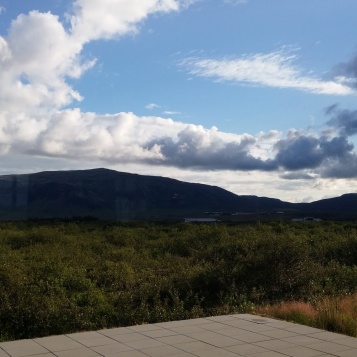 Views from outside of our room. A view of the rooms : Source – Hotel Grimsborgir

And G has gone! 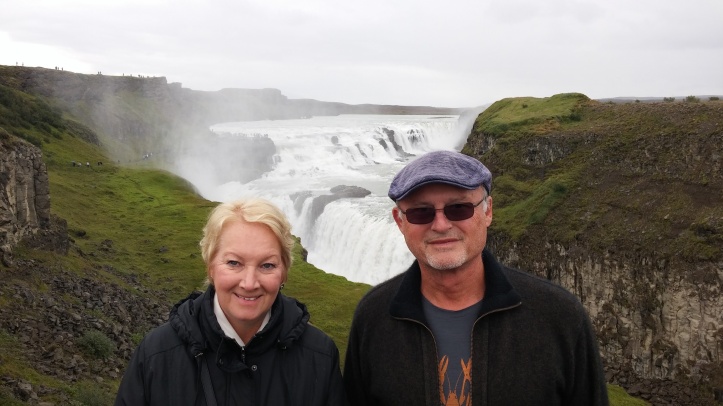