We said our goodbyes to Laurence and Maddy early in the morning.  It was sad to be leaving them after such a great ten days but hopefully it won’t be long before we see them again.

Today we would be heading to Canberra for a very short overnight stop to break our journey to Sydney.  So once again I opened up Google maps to see where we could stop for lunch.  That’s the good thing about driving you can stop where you like and often it’s pot luck as to whether you find a good place for lunch!  Well lucky for us we found a great place in Wangaratta about three hours away.
By this time the heat was really climbing and when we arrived it was 44 degrees.
We only walked about two minutes from the car to the restaurant but I could feel my arms burning up already.  We ate in a cafe called Rinaldo’s in Wangaratta, a very cute town. 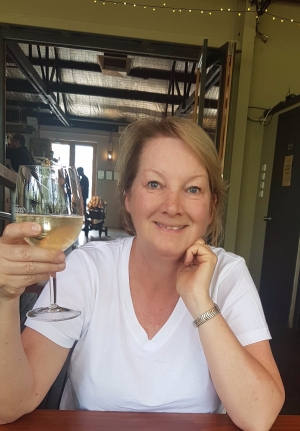 Cooling off with a glass of cold white! 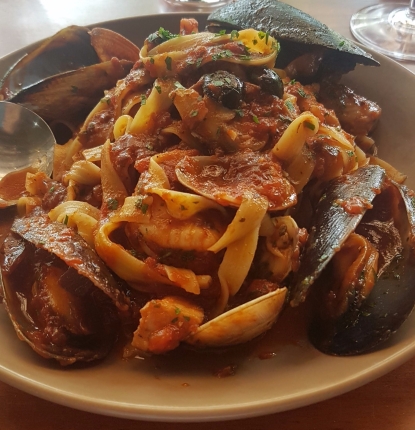 Super quick walk back to the car as it was still burning hot outside and then straight through to Canberra.  We drove through some beautiful countryside, quite hilly and very green.  So different to the dry plains of Western Australia.

We arrived in Canberra at 7.30 and we would be leaving fairly the next day, so I don’t have much to say about Canberra!  A bit of luxury for tonight though staying at the Crown Plaza.  On hindsight we should have stayed there for dinner as we couldn’t find anything decent in town.

As the drive was only 3 hours today we would have plenty of time to stop at the places I thought would be interesting.  So our first stop was Lake George (click on the link for the mysterious facts!).  Anthony mentioned this place as he said he remembered it as a boy when it actually did have water in it.  The temperature outside was a scorching 40 degrees, a tad cooler than yesterday but I still made him get out to take some photos.  The   Lake is believed to be over a million years old.  When the lake is empty it is used by farmers for grazing sheep and cattle.  It last filled up in 2006 but evaporates very quickly. 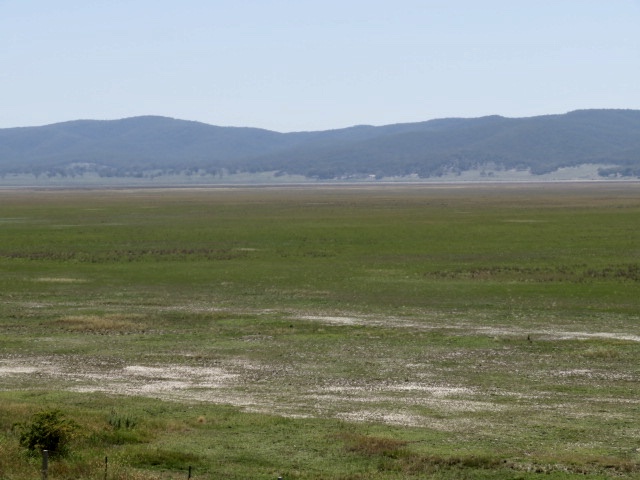 Next was the The Big Merino in Goulburn.  Of course I had the obligatory photo and then said to Anthony let’s just have a quick look in the gift shop.  He said there won’t be anything worth buying in there just touristy stuff.  Well less than 20 minutes later he had seen a very nice Merino wool jacket, I knew it was too good to be true that he couldn’t buy anything.

Lunchtime was next and we decided to stop in the historic town of Berrima.  This was a beautifully kept village with so much to see.  After lunch we walked over to the Berrima District Museum to have a look around.  It was run by a group of volunteers and we were given a small tour by the lovely gentleman on duty that day.  I was amazed to find out that Berrima was once an internment camp to German merchant seamen.  It was the only camp in Australia not to confine its prisoners within the camp perimeter.  It held 300 German nationals from 1915 to 1919.  These men were made up from naval captains, senior officers, executives from German shipping companies with offices in Australia and some sailors from a ship. Just before WWI broke out Germany were doing a booming trade in Australia.

These prisoners were permitted to leave the camp after roll call in the morning but had to return at 6.30pm.
After a year or so they realised they were in for the long haul and put their energies into making the camp a better place.  They built boats, a bridge, houses and even had their own bakery as they did not like the bread from the village.  There were vegetable gardens and the villagers used to buy from the prisoners.  They performed plays or put on concerts in the theatre they had built. 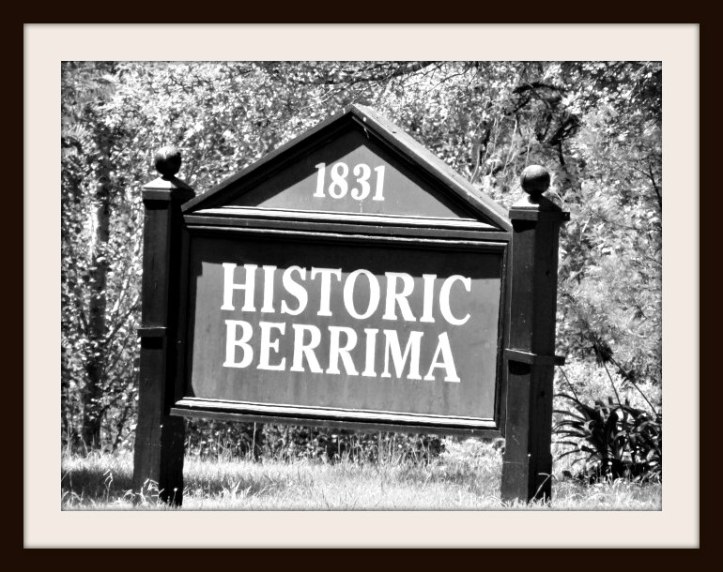 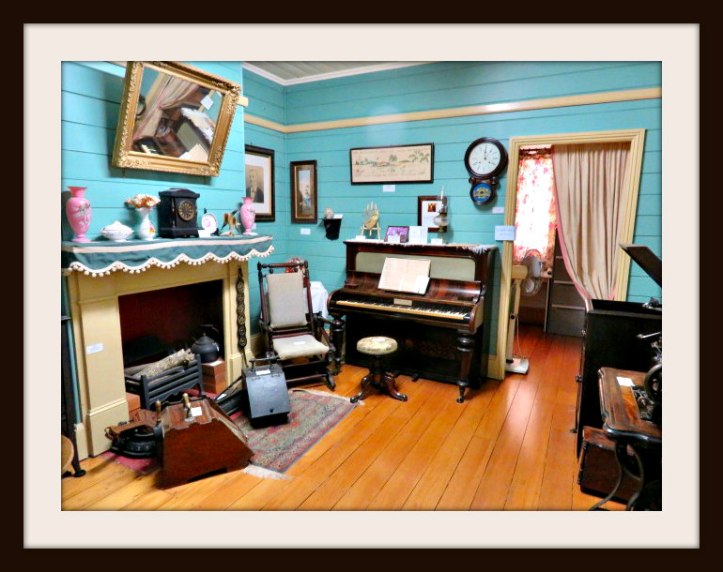 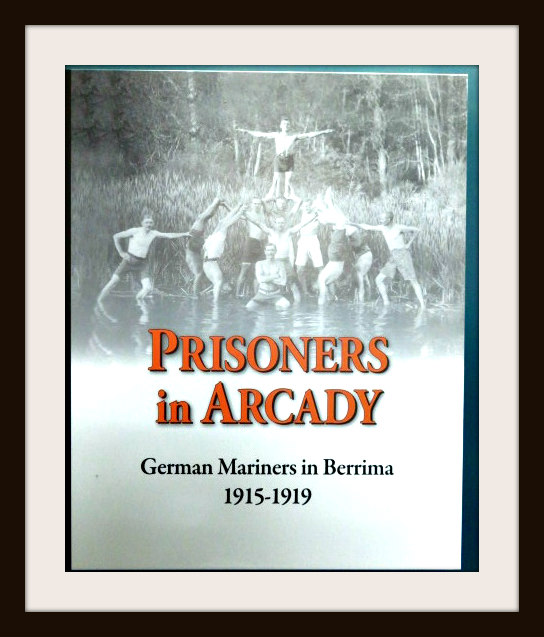 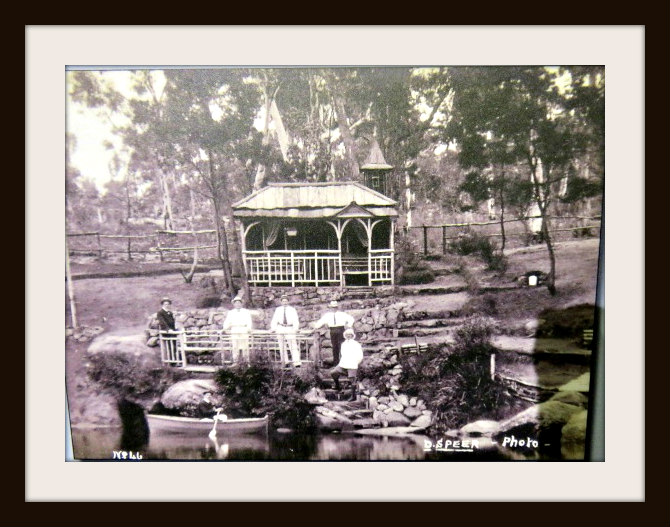 Leaving this gem of a museum we drove through the village to have a look at some of the lovely old buildings.

Back into the trusty and dusty Merc and onwards to Sydney. 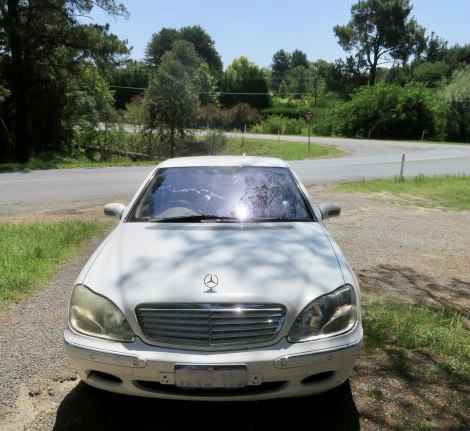 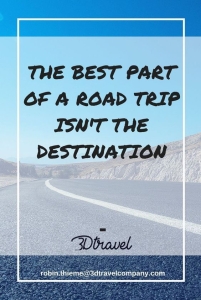